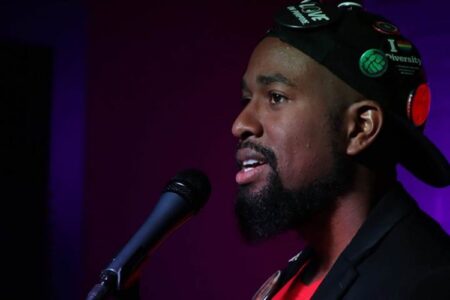 “My Son the Monarch”

Douglas Powell aka Roscoe Burnems is born and raised in Richmond, VA, and is a full time teacher, mentor, activist, poet, husband and proud father. He is a published author and became a National Poetry Slam Champion in 2014 with the DC Beltway Poetry Slam Team.

A former TEDx speaker and teacher who has contributed to a number of creative endeavors in Richmond, Mr. Powell was selected in 2021 to serve as the city’s first Poet Laureate.

“In his new role, announced by Richmond officials on Jan. 13 and running through 2023, Mr. Powell will lead easy-to-access writing and performance workshops throughout Richmond, create art projects grounded in building literacy and speak at various city events.

Right now, Mr. Powell plans to hold a series of workshops focused on poetry as a tool for advocacy, agency and activism. He also wants to revive “Poetry in the Park” once the weather warms up and create new programs centered around poetry as a performance art.

For Mr. Powell, the role of poet laureate is a chance to show Richmond youths the life-changing and world-changing power of poetry, as well as to renew interest in literacy and performance art in the city. Richmond, he says, has been a great inspiration and muse for his goals, as it has shaped his own endeavors and artistic career.” – Richmond Free Press

Roscoe recently tapped into stand-up comedy with his groundbreaking special Traumedy, combining funny stories, jokes, wit, and sarcasm intertwined into prolific spoken word poems. The special has been featured in several magazines in Richmond, VA and is currently streaming. Comedy has been a quiet first love for him and he is now using it as another medium to shedding light on taboo topics.

Learn more about Roscoe Burnems or contact him at  roscoebpoetry@gmail.com. 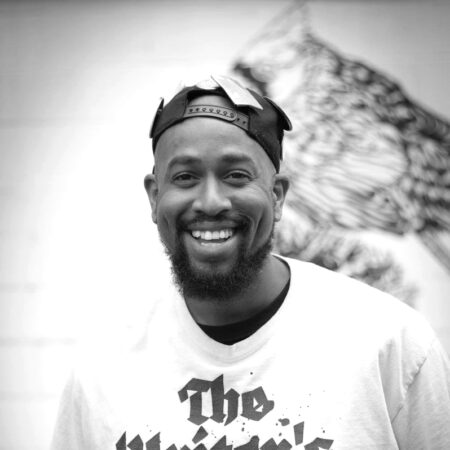 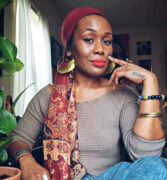