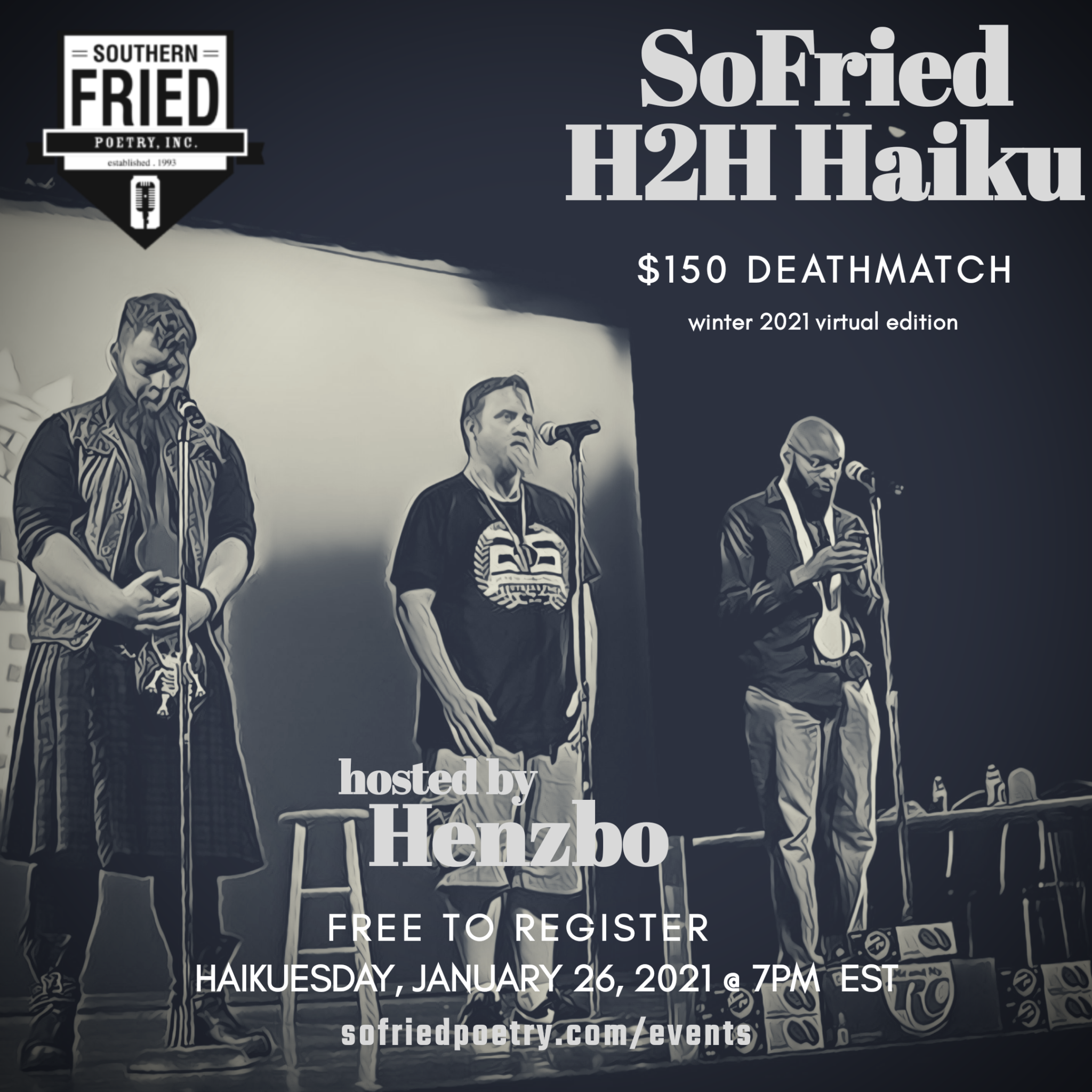 Welcome to Haikuesday!: a new exclusive initiative for members of Southern Fried Poetry, Inc.
We are kicking off Haikuesday with a virtual Haiku Head-to-Head competition! We will now be hosting this event quarterly, and the first one is going down on the last Tuesday of January.
This is a “winner-take-all” event with $150 on the line. Each competition is open to 8 competitors, and we will keep a waiting list in case any poets drop out. To sign up please send an email to info@southernfriedpoetryslam.com with the subject line “Haikuesday.” First come, first serve.
Haiku is a short poetic form popularized by a Japanese poet named Matsuo Bashō. In the early 1670s, Bashō and his students devised an event called “the seashell game”: poets competed head-to-head with their original haiku and a winner was selected by a judge. In the early 1990’s—over 300 years later—a poet from the Illinois slam scene named Daniel Ferri created the Haiku Head-to-Head, infusing the Japanese practice with a slew of Western conventions ranging from the roast to the rap battle. The slam-style haiku, also known as “ku,” is just 17 syllables (or less) and contains no title. This virtual competition will begin with 8 poets, battling one-on-one until one “haikuster” is left standing. Please email adamhenze@gmail.com for questions about rules.
Haikuesday will host other types of competitions, all open to members of Southern Fried Poetry, Inc. However, this first competition is free to enter, as part of our January trial for future members. Memberships are only $20 and grant you entry to numerous events throughout the year, including our annual festival.

Members will also be granted access to the virtual VIP Zoom room for poetry competitions. Audience members can watch the event for free on Facebook live and on our official website.

You can purchase your yearly membership dues at https://www.southernfriedpoetryslam.com/…/membership-dues/.