On behalf of the Southern Fried Poetry, Inc Board of Directors, we hope you have enjoyed celebrating the 25th anniversary of our festival!

This is our end-of-fiscal-year report, following what we believe to be one of the most successful Southern Fried tournaments in our history. 2017 was our first year that a centralized Council assisted in the organizing of the festival, but that should take nothing away from Lance G Newman II and the host city of Louisville, Kentucky who earnestly set a new bar in many ways for how efficient and fun our annual gathering can be.

We would love to receive your feedback, so if you haven’t already, please visit https://www.southernfriedpoetryslam.com/2017-tournament/survey-post-tournament/ to take our post-tournament satisfaction survey.

We would like to take a few moments to update you on some decisions that were made during the two Slam Masters Meetings this year.

First, the Slam Masters voted overwhelmingly to make concerted efforts to compensate the four team champions and four individual champions who were not paid their prize money by the 2016 host city. These are:

Three decisions were made in this respect:

Though we cannot truly repair the damage that was done, the collective Slam Master body is hopeful that these steps will be the beginning toward paying what is owed.

The Slam Masters also voted on several measures that will be important to the growth of our festival and organization in the future. These decisions include:

Additionally, 2018 hosts Sarah Maddux and Eddie Vega provided the collective with an update on next year’s tournament in San Antonio, Texas. The host city appears to be well underway with preparations, and we on the Board would like to express how excited we are to take Southern Fried to Texas for the first time in our history.

Finally, we are elated to announce that Fayetteville, North Carolina was decided upon as the site for our 2019 tournament.

If you have any questions, please contact your local Slam Master or email info@southernfriedpoetryslam.com. 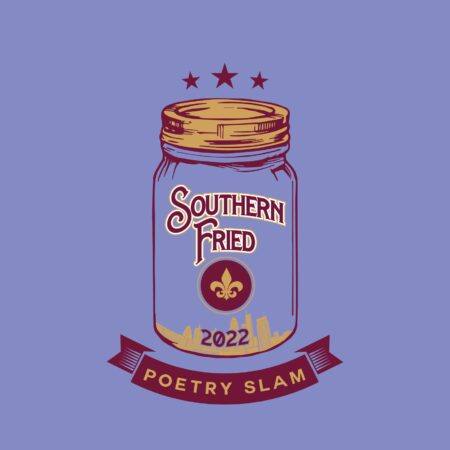 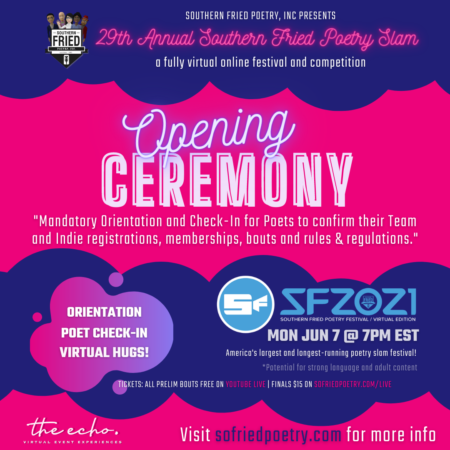